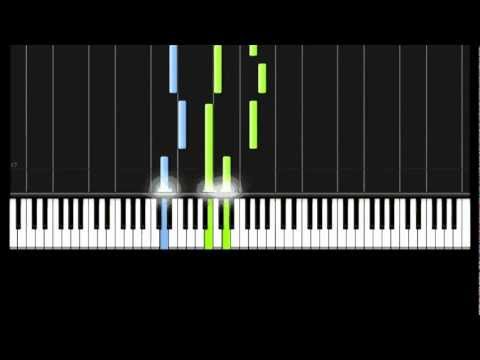 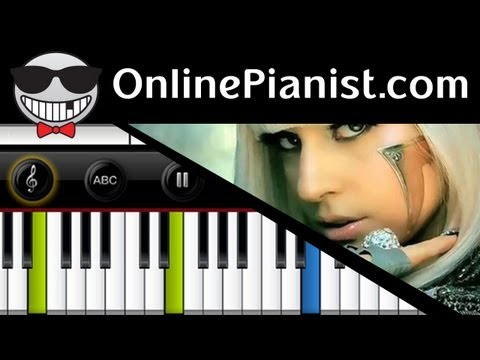 "Bad Romance" is a song by American recording arti.. 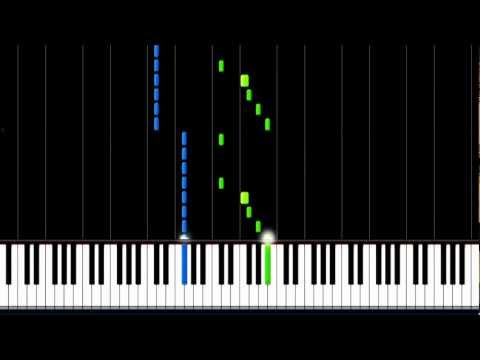 Taylor Swift - I Knew You Were Trouble

"I Knew You Were Trouble" is a song recorded by Am..

Chris Brown - Next To You

"Amazing" is a power ballad performed by the American hard rock band Aerosmith. Don Henley lends his vocals shadowing lead singer Steven Tyler in parts of this song. It was written by Tyler and a longtime band friend and collaborator Richie Supa. It peaked at #24 on the Billboard Hot 100, #3 on the Mainstream Rock Tracks chart, and #9 on the Top 40 Mainstream chart, and #57 in the UK. (Wikipedia)Aerosmith is an American rock band, sometimes referred to as "The Bad Boys from Boston" and "America'.... {+}

"The Spark" is a single by the Dutch record producer Afrojack, featuring vocals by American singer Spree Wilson. It was released on 11 October 2013, through Island Records, as the lead single from his debut studio album Forget the World . It was re-released in November and entered the UK Singles Chart at number 17. The song was also featured on the promos for the MTV EMA 2013 on 10 November. (Wikipedia)Nick van de Wall , professionally known as Afrojack, is a Dutch DJ, record producer and remixe.... {+}

Adele - Rumour has it

"Rumour Has It" is a song by British singer Adele. The song was written by Adele and Ryan Tedder while the production was handled by Tedder. Adele has said the song was not inspired by the media but it was aimed at her friends who believed things they heard about her. It was the fourth single from 21 in the United States. (Wikipedia)Adele Laurie Blue Adkins MBE is an English singer-songwriter. Adele was offered a recording contract from XL Recordings after a friend posted her demo on Myspace in .... {+}

"Turning Tables" is a song by English recording artist Adele from her second studio album 21 . Conceived after an altercation with her former lover, the song was co-written by Adele and singer-songwriter Ryan Tedder, whilst the production was completed by Jim Abbiss. "Turning Tables" is a pop ballad with a soulful sound; its instrumentation consists of piano, "Broadway-worthy" strings and guitar. Lyrically, the song describes a domestic dispute in which its narrator assumes a defensive stance ag.... {+}

"Lovesong" is a song originally recorded by the English alternative rock band The Cure, released as the third single from their eighth studio album Disintegration in 1989. The song saw considerable success in the United States, where it was a number two hit and the band's only top ten entry on the Billboard Hot 100; in the United Kingdom, the single charted at number 18. (Wikipedia)The Cure are an English rock band formed in Crawley, West Sussex in 1976. The band has experienced several line-up .... {+}

"Wings" is a song by English musician Birdy. The song was released as a digital download on 29 July 2013 and in the United Kingdom on 8 September 2013 as the lead single from her second studio album, Fire Within . A remix by Nu:Logic was later released on 27 January 2014 as part of the "Hospital: We Are 18" LP from Hospital Records. The song peaked at number 8 on the UK Singles Charts, making it her highest charting single to-date and her only top 10 single. (Wikipedia)Jasmine Lucilla Elizabeth .... {+}

The Script - Hall of fame

"Hall of Fame" is a song by Irish pop rock band The Script. It is the lead single from their third studio album #3. The track features The Black Eyed Peas hip-hop artist will.i.am. The track was given its first radio play on Capital on 23 July 2012. Written and co-produced by the band, the song is about following on your dreams and making an impact on the world. The song was used to advertise the return of serial dramas All My Children and One Life to Live. The song was covered on the Glee episo.... {+}

Daydreamer may refer to: One who daydreams, a short-term detachment from one's immediate surroundings, during which a person's contact with reality is blurred and partially substituted by a visionary fantasy, especially one of happy, pleasant thoughts, hopes or ambitions, imagined as coming to pass, and experienced while awake (Wikipedia)Adele Laurie Blue Adkins MBE is an English singer-songwriter. Adele was offered a recording contract from XL Recordings after a friend posted her demo on Myspac.... {+}

The Vamps - Can we dance

"Can We Dance" is the debut single by British pop band the Vamps. It was released in the United Kingdom on 29 September 2013 as the lead single from their debut studio album Meet the Vamps . The song debuted and peaked at number two on the UK Singles Chart, being kept off the top spot by OneRepublic's "Counting Stars". (Wikipedia)The Vamps are a British pop rock band consisting of Brad Simpson , James McVey , Connor Ball and Tristan Evans . They first gained fame in late 2012 with cover songs up.... {+}

"Find You" is a song by Russian-German musician and producer Zedd for the soundtrack for the film Divergent. It was released as the first single from the soundtrack on 26 January 2014. (Wikipedia)Anton Zaslavski , better known by his stage name Zedd , is a Russian-German record producer, DJ, musician, multi-instrumentalist and songwriter. He primarily produces and performs electro house music, but has diversified his genre and musical style, drawing influences from progressive house, dubstep, an.... {+}

"Dancing Queen" is a Europop song by the Swedish group ABBA, and the lead single from their fourth studio album, Arrival. It was written by Benny Andersson, Bj?rn Ulvaeus and Stig Anderson. Andersson and Ulvaeus also produced the song. "Dancing Queen" was released as a single in Sweden on 15 August 1976, followed by a UK release and the rest of Europe a few days later. It was a worldwide hit. It became ABBA's only number one hit in the United States, and topped the charts in Australia, The Nethe.... {+}

"Money, Money, Money" is a song recorded by Swedish pop group ABBA, written by Benny Andersson and Bj?rn Ulvaeus. It was released as a single on 1 November 1976, as the follow-up to "Dancing Queen" . The B-side, "Crazy World", was recorded in 1974 during the sessions for the album ABBA. (Wikipedia)ABBA ">) were a Swedish pop group, formed in Stockholm in 1972 by Agnetha F?ltskog, Bj?rn Ulvaeus, Benny Andersson, and Anni-Frid Lyngstad: the group name derives from the first letter in each of their.... {+}

The Lord of the Rings - In Dreams

Modest Moussorgsky - Pictures At An Exhibition

Taylor Swift - You Belong With Me

Fun - We Are Young

Jason Mraz - I Won't Give Up

Piano Tutorials Of The Month

Pink - Just Give Me A Reason

Una Mattina is a music album by the Italian pianist Ludovico Einaudi. He describes Una Mattina by saying "If someone asked me about this album, I would say it is a collection of songs{+}

"Nothin' on You" is the debut single by American rapper B.o.B. The song features vocals from Bruno Mars. The song is included in B.o.B's debut studio album, B.o.B Presents: The Adventures{+}

Bagatelle No. 25 in A minor for solo piano, commonly known as "F?r Elise" or "Fuer Elise" , English: "For Elise", commonly misspelled "Fur Elise"), is one of Ludwig van Beethov{+}